Marriage Made in Heaven for a Gorgeous Bengali Girl

Marriage Made in Heaven for a Gorgeous Bengali Girl

Marriage Made in Heaven is the connotation of Hindu Philosophy. Hindu Religious Beliefs Ascertain that Marriages are predetermined and Made in Heaven.

This belief has been testified by many who several years after marriage conclude this fact. As per Hindu religious faith, God has ascertained that you will be marrying the girl or the boy who is your destiny. Marriage is not for one life but it is a bond of seven lives and that is why it is said that Marriage Made in Heaven. 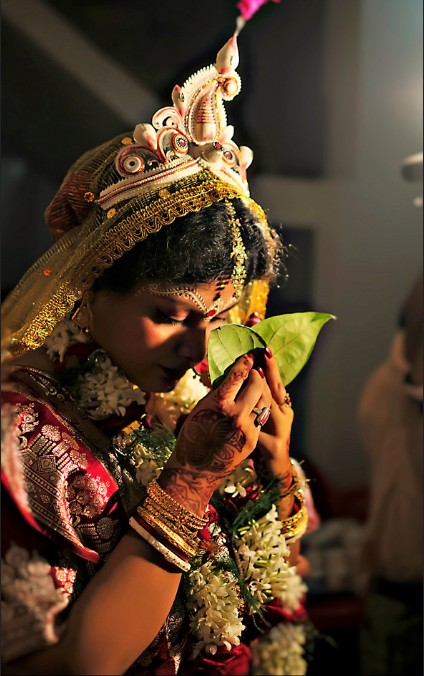 Fashion in Indian marriages can be found out from the divine purity and simplicity to the extreme gorgeousness and celebrations.

India is a country of many faiths and beliefs and so is the attire used in marriage ceremonies. Every community has a distinctive style celebration in the marriage. In Hindu community, it is said that Marriage Made in Heaven. 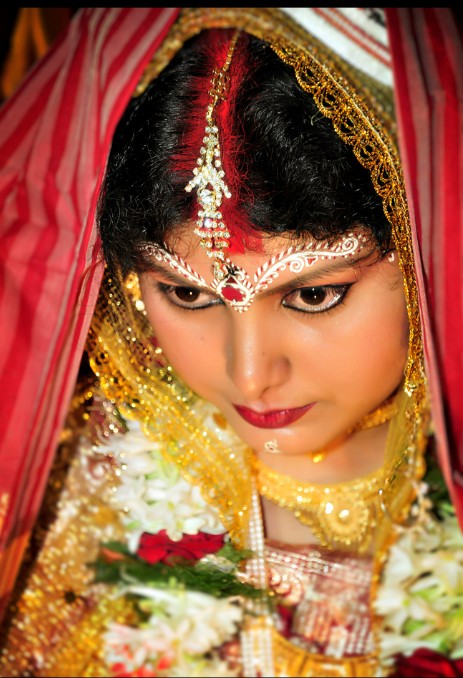 In the picture, the Bengali girl Sumon is attired in her traditional and religious garments for the marriage. Look at the serenity of the auspicious fashion in the attire. Is not her MARRIAGE is being MADE IN HEAVEN?
During the performance of the marriage, the bride and groom have to pass through certain pre-defined rituals which attain them to the purity of relationship and their eternal bondage. Each and every ritual have specific attire for both groom and the bride which they wear and pass through. There is Simplicity, there is a Purity and There is gorgeousness in it. How such divinity in marriages? After all the Marriage made in heaven, Is not it?